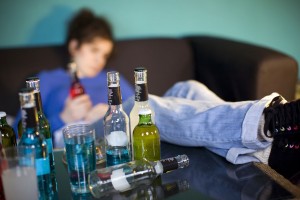 One of the first excuses you will hear an alcoholic make for their behavior is that they are a functional alcoholic. What they mean by this is essentially one would not know they are an alcoholic because it does not show in their lifestyle. Anyone who has ever lived with or been close to an alcoholic would attest to this being a delusional statement. The fact of the matter is, every alcoholic is less functional than the sober version of themselves, sometimes minimally and sometimes largely.

Alcoholism reduces the speed that a person moves at. We all have a personal operating speed, some clearly faster than others. However, an alcoholic is always slowed down from their normal operating speed. Alcohol is a depressant, and anyone who drinks heavily experiences a slowing down of mental processes and metabolism, making them less functional and less capable.

An alcoholic is always foggier than they would be sober. They have less clarity because alcohol is an intoxicant. People drink it in order to stop themselves from thinking clearly. Because all adult responsibilities require clear thinking, this proves to be very detrimental to an alcoholics level of responsibility.

By being an alcoholic, a person’s energy is greatly reduced. This is for two reasons. Alcohol is known to kill brain cells, and when someone drinks heavily and habitually, their brain will not recover like it should and they will have less energy and function to expend. It is also because alcohol is hard on the body. It is metabolized as pure glucose, raising a person’s insulin levels and blood sugar levels, causing weight gain and lethargy.

And lastly, an alcoholic is simply less available to their responsibilities because of how highly they prioritize their drinking. They are literally obsessed with their ritual of drinking and depend on it every day. All their personal resources, including money, time, health and energy go first and foremost to their drinking habit.